HOMEPAGE > English > 'Anyone can become a refugee'
Sarah Garcia

'Anyone can become a refugee' 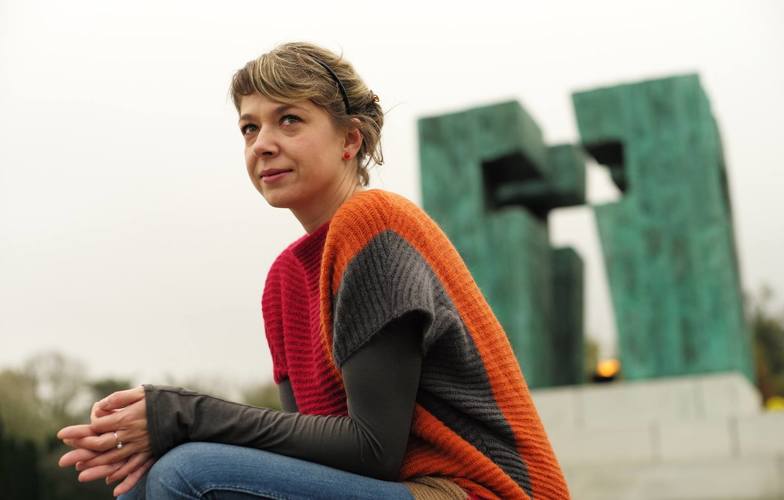 Ivana Bodrožić
A+ A-
This feature was produced in collaboration with European Center for the Study of War and Peace.

Ivana Bodrožić is a Croatian author and poet from the town of Vukovar. She has written several collections of poems, short stories and novels, including Prvi korak u tamu, which won the Goran for Young Poets and the Kvirin Award of Matica Hrvatska. Her first novel was Hotel Zagorje, a fictional novel based on her life growing up as a refugee during the war in Croatia. The novel won several domestic and regional awards. It has also been translated into over ten languages, with the most recent translation into English under the title The Hotel Tito (translated by Ellen Elias-Bursac, published by Seven Stories Press).

The Hotel Tito is a fictional novel, but it’s based on your life and experiences. What prompted you to tell this story?
Well, I have always loved to write. I remember that I started writing the moment I learned letters. At first I was just writing some things that were important to me: sentences, small poems or diary entries. When I was in my twenties, I had my first child. So I was thinking it would be a pity to forget all of my experiences growing up, because as you get older you just start to forget things. They slip away. So I started to write some fragments that I remembered from my childhood and then, when I had around forty pages, I realized that I was really writing a novel.
I think that my love of writing and reading came together with my experiences that I had never shared with anyone. It is always more than one thing, but I think that having love for reading and writing is something you need to have. All of us have some kind of story and it’s not important for those stories to be so unusual or tragic, but you just need to have the passion to tell it. I have always loved to read and I think that if you want to write, the first thing that you need to do is to read a lot.
How do you think the child (growing into young adult) perspective has affected the way that the novel has been received by the public?
I think that it was good for the novel, because when your protagonist is a child, from the start you love that protagonist. You don’t judge her. You have some kind of empathy and sympathy for her. When you have an older character, that is a person with their prejudices and their political views, and it is easier not to get along with that protagonist. Children are in state of mind that is still wondering about everything and it is much easier to embrace a child. So I think that with a story like mine, a story about the war and conflict, it is much better for the audience to empathize with the main character.
Though the characters go through difficult situations, there always seems to be a spark of laughter that shines through. How important have you found laughter and humor to be in your life and then in your writing?
Well, I think the most important thing is to find humor in your life. If you don't, it is so easy to be pathetic in your writing and it is not a real picture of life. If we say that literature is some kind of a mirror of our lives, then you need to show everything. Even in a situation when everything is settled in our lives, when we are totally happy, we always have some kind of shadow of loss that doesn’t allow us to be at peace. Also when we go through a painful or tragic situation there is always something that you can laugh about.
While I was writing about my experience and this generation growing up, I just wanted not to be fake. I wanted to be true because childhood is the stage of happiness, even when you don’t have the nicest childhood. I think that, when we are kids, we have some kind of reservoir that is full of happiness and then as we go through our lives we are just wasting it on bad situations or other people, but when we are kids, even if you live in a poor town or in a poor house, we have this type of happiness that is painting our lives. It is enough to have even one parent who is good to you, one friend, and your world is full of happiness. It would be wrong to say differently; to say everything was tragic.
A few weeks ago I watched the American film The Florida Project that reminded me in a way of my story growing up. It's about a very poor little girl growing up near Disneyland which she and her friends will never visit. They live in some kind of a motel which is very similar to the hotel in my novel, and this crowd of kids is just running around this motel and having the time of their lives. If you look at it from the outside, you see that they are very poor and don’t have much hope. But when you are a child, you look at things very differently. And when you have this laughter, it's good. Without laughter, the hard situations are even harder and only thing that remains is sadness. But with laughter, from page to page you'll get used to your situation and it won’t be as sad anymore. When you create this balance with humor, everything is much easier to bear. 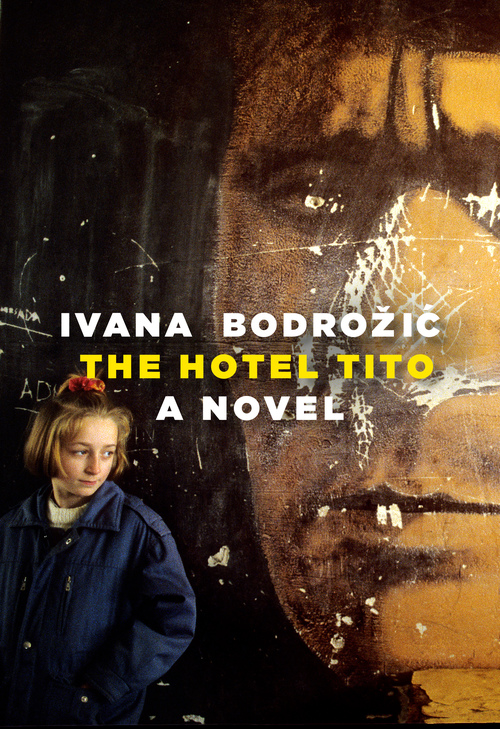 There are millions of people all over the world who currently hold refugee or displaced person status, living in conditions similar to what you describe in the novel. How have your experiences affected your views on policies and laws relating to the refugee crisis and the treatment of refugees in general?
Stories about refugees really touch me. It is so human. Every time I see myself or my family in those people. I just cannot see them differently. I’m strongly trying to explain that they are not just numbers; they are people like you and me. They’re hoping for a better life. They are just trying to find something better for themselves.
On the other hand, people have short memory and are very selfish. We had this situation in Croatia, when a third of this country was occupied and there were a lot of refugees. Twenty years later, we have immigrants on the borders and people say that we need to put up walls. In a way it’s good when you can forget your own pain and move forward, but in a way it is cruel that you can't remember what happened to you and not have the same compassion that you wanted or received. You just have double standards. Especially if someone has other skin color, speaks other language or belongs to another culture, you are so badly equipped to see this is a person similar to you.
So I think it is a human curse for everywhere in the world. It is not specific to Croats, Americans or anyone else. You always need to be aware: it really could be you. It sounds like science-fiction, but I remember that Yugoslavia was one of few good countries for living in Europe. It was a really well-developed country. I remember my parents watching television in late 80s: there was this river of people from Kyrgyzstan. I remember my parents saying, "How is it possible for people to be refugees? This is 20th century. They are such barbarians.” Six months later we were the same refugees. It really teaches you that you’re not better. Also, even if you have education, you have jobs, you have money, you have everything, it won’t save you from these terrible things. It really can happen to you. Try to look at people through their eyes as you can see yourself in them.
You have another novel in the process of translation, could you tell me more about it?
It is a thriller, a crime novel. It’s set in a post-war town twenty years after the war, similar to what happened in my home town. You have all these people who were once war criminals or politicians with disputable characters, and they are now leading the town. They are all cleaned up, legal, but a lot of them committed war crimes or economic crimes during the transition to capitalism. The main character is a journalist, around thirty, who is trying to cover this story about a professor who is in jail for killing her husband to be with her young lover. But the real story is that this journalist is trying to find out what really happened to her father, who was killed during the 90s while serving as a peacekeeper. It’s a real thriller story, but I really tried to write good prose, good fiction, so I hope that it will also reach the American audience.
When is it going to published?
This year it is being translated; next year published. Hopefully. It’s a noir thriller. It’s really dark, but I hope it will be good. People in Croatia told me it’s a page turner and I never thought I could write that kind of novel, but it was a challenge for me to write something totally constructed and totally fictional. I hope I succeeded.

Sarah Garcia is a Californian student of International Affairs, Political Science, Theatre Arts, and Peace and Conflict. She is currently studying at the European Centre for the Study of War and Peace in Zagreb. She is an avid reader who loves the way books and poetry can transport and transform you.