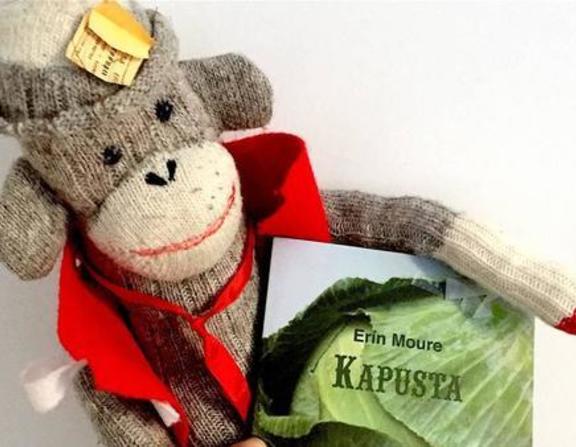 In Kapusta, Mouré performs silence on the page and aloud, writing "gesture" and "voice" to explore the relation between responsibility and place, body, and memory, sorrow and sonority. Here, poetry flourishes as a book "beyond the book," in a space of performance that starts and stops time.

In Little Theatres, Erin Mouré's avatar Elisa Sampedrn first spoke about theatre and the need for smallness in order to articulate what is huge. Sampedrn, who reappears in the translation mystery O Resplandor as the translator of a language she does not speak, vanishes later in The Unmemntioable when the split in human identity that results from war and displacement is acknowledged. Now, in Kapusta, the character E. is alone, in the smallest of spaces - the bench behind her grandmother's woodstove in Alberta. Here, E. struggles to face the largest of historical and imagined spaces - the Holocaust in Western Ukraine, and to understand her mother's silence at the sadness of her forebears, her "salt-shaker love."

Erin Mouré was short-listed for the A. M. Klein Prize for Poetry 2015.